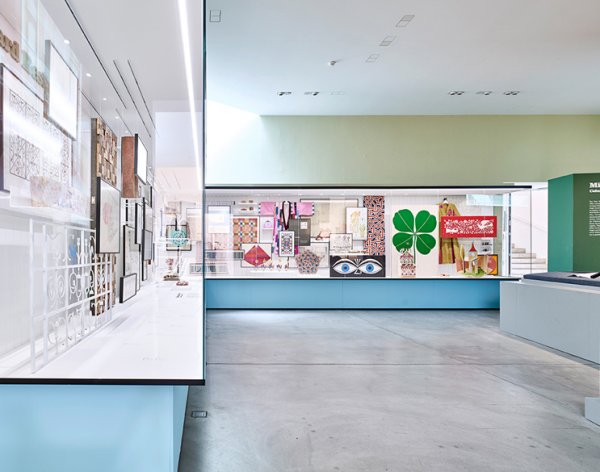 With this exhibition the Vitra Design Museum praises one of the most influential textile and interior designers of the 20the century - Alexander Girard. He was a pioneer of postwar US-American design and created furniture and fabrics but also building objects. Some of his most significant buildings include the Irwin Miller House (1953, Architect: Eero Saarinen) in Columbus, Indiana and the legendary La Fonda del Sol Restaurant (1960) in New York. For all his designs he was in favour of abstract and geometrical forms.

Besides his most famous works the museum also presents never before seen sketches and collages from his estate. In 1996 the Vitra Design Museum took on his personal estate with more than 5,000 drawings, photos, textile museum, furniture and accessories, and much more. Folk art objects, Alexander Girard gathered on his travels through India, Mexico, Egypt and other countries, further broadens the collection. 300 out of a total of 100,000 objects are on display.

Until 29 January 2017 visitors have the chance to see excerpt from his working period between the 1920s and the 1970s. More than 100 frames have been used for this exhibition.