The exhibition Verlagerungen deals with questions of regional anchoring in a global world. Somewhere in this world it looks like everywhere, because houses or objects have simply been moved from their original place to another. The Museum für Gegenwartskunst (museum for contemporary art) in Siegen presents twelve different and impressive series precisely reflecting this displacement. They also illustrate what the couple has been dealing with for the last 25 years - colonialism, migration, tourism, and mass communication. For it was during this period that the photographs were taken.

During this time they have met and talked with locals, conducted interviews and photographed everything as it is seen in reality. Mostly landscapes with buildings or people are depicted, in groups or individually. The viewer then has to deal with the concept-photographic series and always take a stand on it.

The play of colours in picture frames 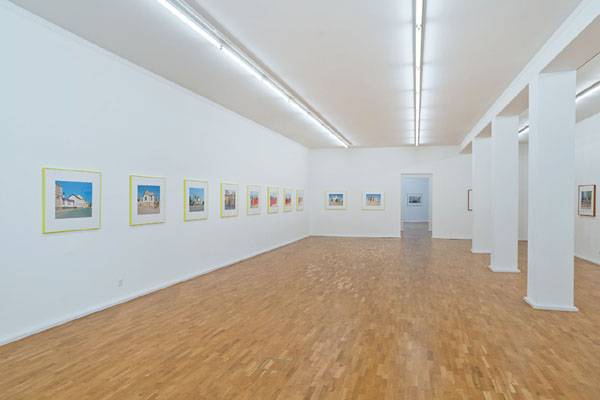 What immediately catches the eye when looking at the photographs is the various colour choices of the frames, whether blue, beige, yellow or brown. The play of colours has an essential meaning. They are what hold the series together, like a cover holds a book.

The different colours also have different meanings for the individual series. For example, the series Colonial remains, which is enclosed in a bright yellow frame, impressively documents the traces of German colonial rule in German West Africa by means of architectural style and clothing. The series Black Cowboys is presented in wooden frames and deals with an inverted relocation. The West in Asia focuses on replicas of European cities in Asia, such as the version of Paris. These are just a few examples. However, the exhibition has many more impressive and interesting series to offer.

The exhibition catalogue on page 13 also makes it clear that frame colours are accorded an important status in the exhibition: "The frame - whether as viewfinder, pictorial bracket or classification system - is never a neutral category for these photographers. [...] This selection of frame colours, which could be associated with the colour-coded folders of a filing system, should not be immediately confused with an 'archival impulse,' an 'archival fever,' or the logic of state control and surveillance of bodies, which are in fact some key functions of photographic archives." 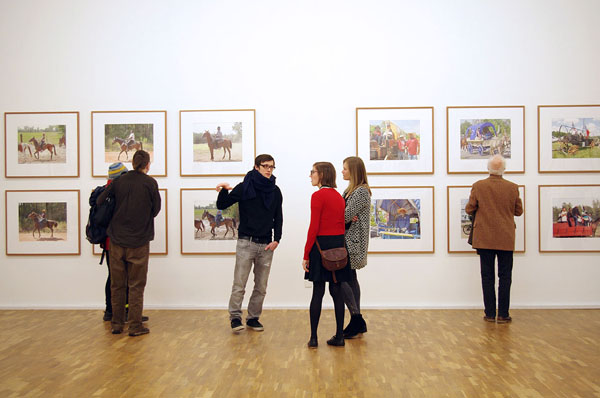 To conclude, all these series have one thing in common: They depict situations that are presented in public, be it a parade or the rodeo.
This exhibition features:

Following the presentation at the Museum für Gegenwartskunst Siegen, the exhibition will travel on to the Fundación ICO in Madrid. 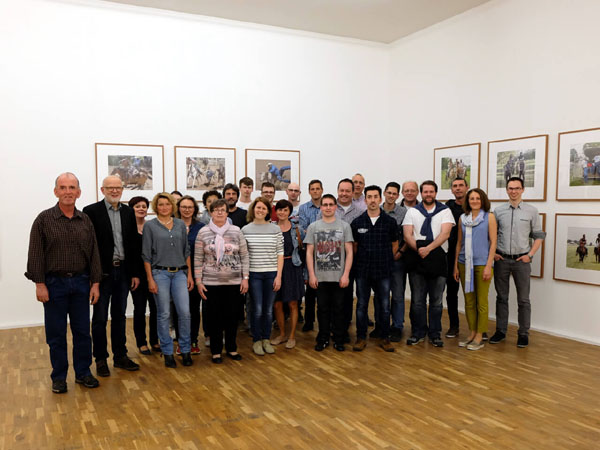 Every day, numerous frames pass through the hands of our employees. Each of them knows the individual components and their state of delivery. We know who receives the frames and where they go. But how the frame works in the room, together with the art, we rarely know. So we were very pleased to be given the opportunity by HALBE, in the course of a staff tour, to see our picture frame in action in the exhibition. On April 22nd, the Museum für Gegenwartskunst gave us an insight into the exhibition. Mrs. Puck and Mrs. Rüttinger told us a lot about the pictures and their origins. Afterwards, we had dinner together and exchanged our impressions.