Galeriehaus Nord in Nuremberg will present the 5th Biennial of Drawing with works by Renata Jaworska from January 13 to March 3, 2019. The main focus of Jaworska's works is on city plans and cutting patterns that form visible reference planes. These develop a formal momentum of their own in the drawing process. In the process, a tightly woven, powerful network of horizontal and vertical lines emerges. These lines form a constant in the multi-part works of Renata Jaworska. In the abstracting component, colour-saturated lines intervene in the cartographic structures of the grid and question possible patterns of interpretation of the spatial data. Shadowy, pastel-colored beings rise like a Madonna from a gridded, silvery-blue background that resembles a meshwork of pieces of mirror welded together. In the tautly charged formal canon, an inner dispute with an open outcome unfolds from religiously influenced clothing and traces of modern communication. 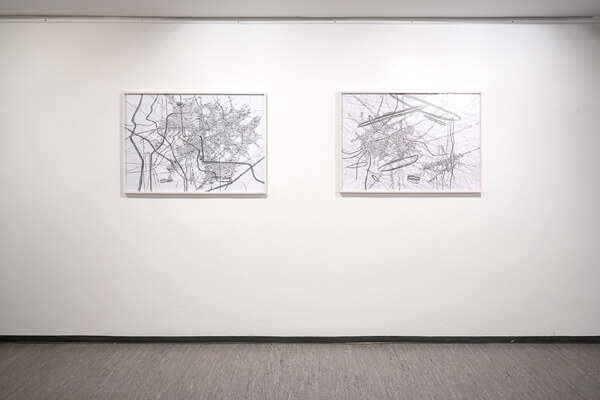 Renata Jaworska was born in Zwolen (Poland) in 1979. She is a graduate of the State Academy of Art in Düsseldorf and was a master student of Jörg Immendorff. Her works are exhibited internationally and are in numerous collections. In 2007 Jaworska was a scholarship holder of the "Lepsien Art Foundation". She has also received numerous other grants both in Germany and the USA. During her stay in London in 2010, she created the video project: "119-minute-circle. The International Congress at the Whitechapel Gallery in London", which was exhibited, among others, at the Pablo Picasso Art Museum (2018) as part of the large-scale project "Peace". Renata Jaworska lives and works in Düsseldorf and on Lake Constance. Her works are characterized by the painterly filtering of linearity from timetables, cutting patterns and city plans. 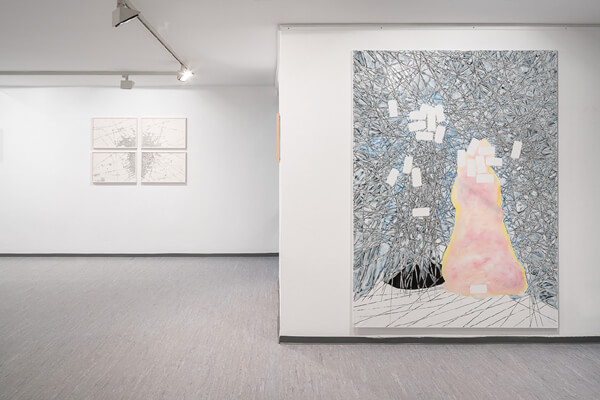 The exhibition is presented in picture frames from HALBE frames. The picture frames support the expressiveness and aesthetics of the pictures and highlight them without themselves coming to the fore. Thus picture and frame merge into an impressive unity. The exhibition can be visited until March 3, 2019. There will also be an artist talk on 3 March at 11am.