Cartoons and caricatures by Til Mette

On the occasion of the 70th birthday of the Basic Law, 40 cartoons and caricatures by Til Mette, who has his very own view of the situation in political Bremen, were presented on three levels in the Bremen Parliament. On display was a selection of pictures on the topics of the Basic Law, society and a "Bremen Special", fitting for the elections to the Bremen Parliament.

On 4 June, the exhibition was ceremoniously opened with a round of talks by the President of the Bremen Parliament, Antje Grotheer, Press Officer Dorothee Krumpipe and Til Mette. Among other things, they talked about how a drawing is created and how to deal with the medium of caricature in general. This round of talks was followed by a signing session by Til Mette. On 30 June, as part of an open day, there was also a signing session and visitors also had the opportunity to purchase works by Mette. The exhibition was open until July 4. 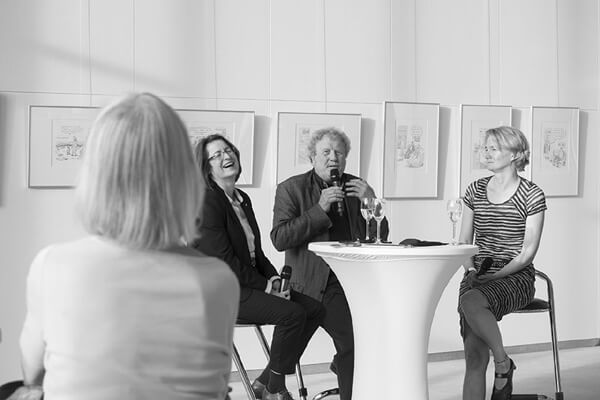 Til Mette (real name Gotthard-Tilmann Mette) was born in 1956 in Bielefeld and is a successful German cartoonist and painter. Mette studied art and history in Bremen. He lived with his family in the USA from 1992 to 2006 before moving to Hamburg in 2006, where he still lives and works today. In his drawings, which have been published in Stern since 1995, Mette usually addresses current social and political issues. He has won the German Caricature Award three times, most recently in 2018. 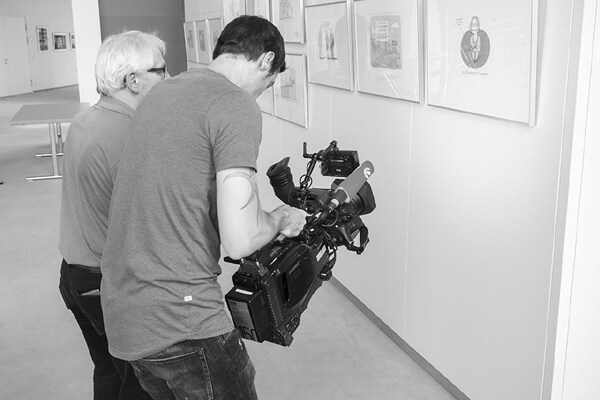 The unique caricatures were presented in picture frames from HALBE. The simple profile of the frames and the use of passe-partouts perfectly rounded off the presentation of the works and put them in the right light so that the viewer could enjoy a perfect view of the picture.