"Facets of a Hamburg Life"

The diversity of Hamburg

The exhibition "Foto Germin - Facets of a Hamburg Life" can be marvelled at since 19 July 2018 in the Central Library Hamburg. On display are black-and-white images by Hamburg photographer Germin, who portrayed the city in detail for more than 40 years, as Hamburg was one of the focal points of his life for a very long time. The exhibition consists of a variety of works from reportages and series. The thematic focus is on the world of work, urban development and the reconstruction of Hamburg. This makes the exhibition a multifaceted experience. One sees not only the destruction of the city, but also the reconstruction, pictures of the harbor and also the inhabitants of the city itself photographed Germin.

The exhibition is open to visitors until August 30. Admission is free.
For the finissage on August 30, the duo "Schietbüddel" will also play a free concert of Hamburg songs. 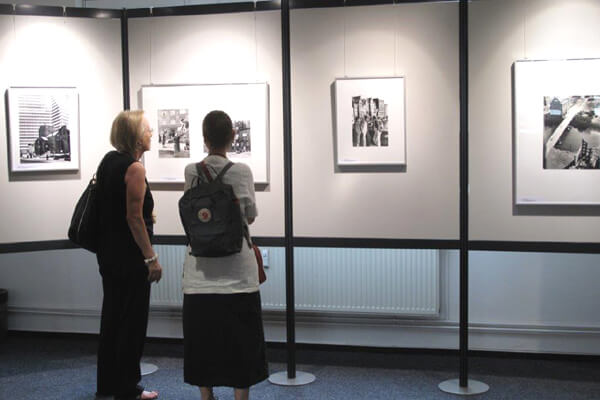 Germin, civil name Gerd Mingram, was born in Hamburg in 1910. Germin began with photography at the age of 20 in Scandinavia. From 1933 he worked as a photographer in Hamburg and was also active abroad on a smaller scale.

During the Third Reich, however, he was banned from practicing this profession because he sympathized with the communist youth. Germin nevertheless continued to work. During the war he was active as a soldier on the Eastern Front, hiding his camera in his haversack to secretly document the horrors of war. After the war he photographed for Hamburg daily newspapers and magazines and worked as a theatre photographer. He also worked as a photojournalist for in-house newspapers of the gas and water companies. In 1975 he gave up his career as a photographer. In the following years he wrote several books, among them "Improvised New Beginning" from 1989 or "Foto Germin - Werk und Leben eines Bildjournalisten" from 1993. Germin died in Hemmoor in 2001. After his death, most of his photographic material passed to the Museum der Arbeit in Hamburg. 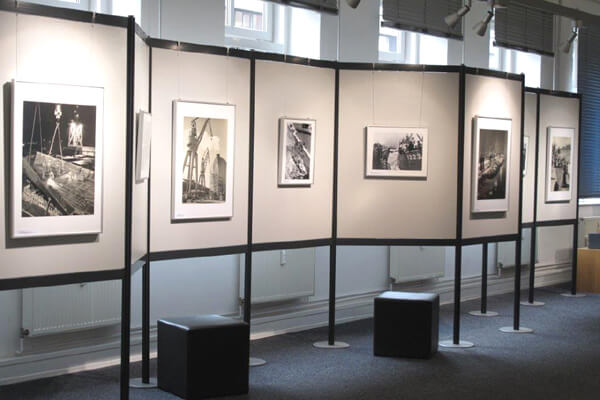 The exhibition shows a selection of Germin's numerous photographs, mainly in original enlargements. Even during his lifetime, Germin worked with HALBE frames. For his works he chose the Classic magnetic frame in aluminium 8 in silver matt and so the works in this exhibition are also presented in frames from HALBE