From 03 to 31 August 2018, the exhibition "Maps and Territories", by the well-known Polish painter Renata Jaworska, will be held at BWA Kielce in Poland. In an interview, she explains that she was inspired to create "Maps and Territories" by the sound of a bell designed by her great-great-grandfather in 1930. She studied the area where the sound of the bell was located and then painted the data on the map. This resulted in entirely new maps that reveal new structures such as audio, visual, family, and religions. In particular, Jaworska attempts to solve the problem of belonging with her exhibition. The sound of the bell and her recordings of it, are meant to provoke reflection, on topics such as family history, local traditions and religions. 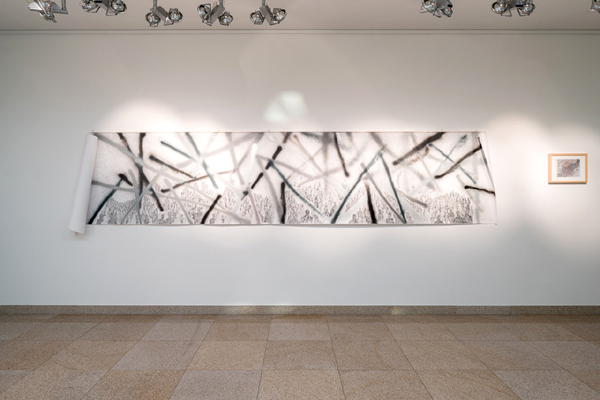 Renata Jaworska was born in Zwolen (Poland) in 1979. She is a graduate of the State Academy of Art in Düsseldorf and was a master student of Jörg Immendorff. Her works are exhibited internationally and are in numerous collections. In 2007 Jaworska was a scholarship holder of the "Lepsien Art Foundation". She has also received numerous other grants both in Germany and the USA. During her stay in London in 2010, she created the video project: "119-minute-circle. The International Congress at the Whitechapel Gallery in London", which was exhibited, among others, at the Pablo Picasso Art Museum (2018) as part of the large-scale project "Peace". Renata Jaworska lives and works in Düsseldorf and on Lake Constance. The current exhibition "Maps and Territories" is her third solo exhibition in Poland. Jaworska's artistic interests lie in painting and performance. She explores intercultural as well as participatory issues of human communication and aspects such as speechlessness and isolation. 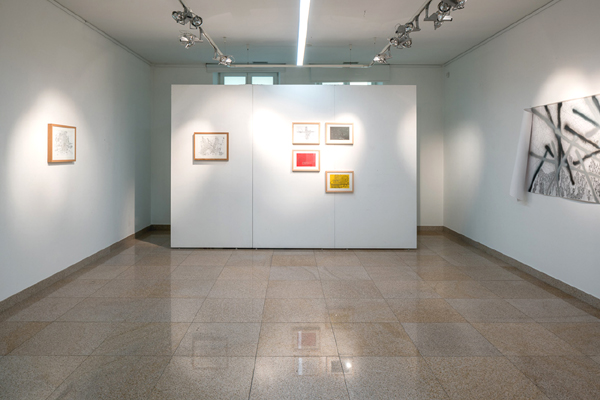 The exhibition is presented in HALBE frames. They support the expressiveness and aesthetics of the pictures and highlight them without themselves coming to the fore. In this way, picture and frame merge to form an impressive unit.

Here you can see some more photos of the construction of the exhibition with our frames: 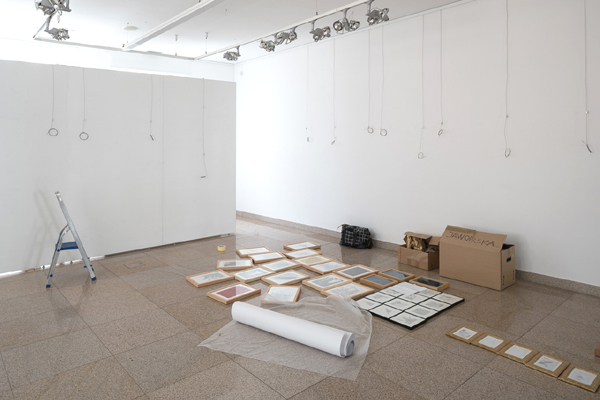 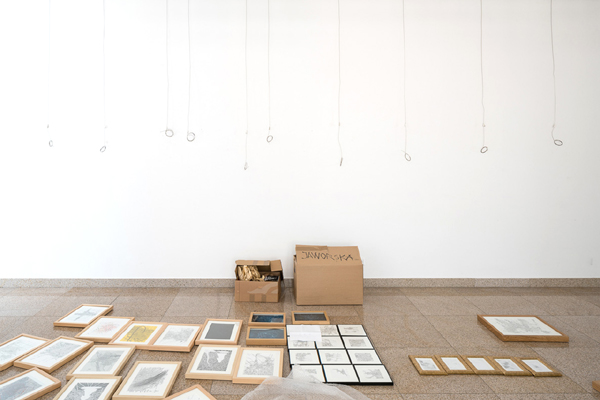 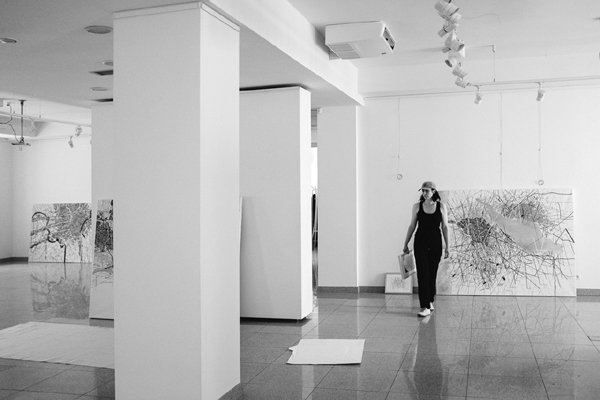