From June 8 to July 14, 2018, the artist couple Daniel and Geo Fuchs were guests at the Galerie von Braunbehrens in Stuttgart. There they showed their photo series Nature and Destruction. What is special about these works is that the couple made use of a new technique. A large-format robotic camera, originally developed by Google and NASA for the Mars mission, provides the image material for this series. The robot uses software to superimpose the hundreds of images taken during the recording process. This is followed by extensive post-processing on the computer. Particular emphasis is also placed on the artificiality that can be found in all the images. Thus, the artists always balance on the border between a realistic depiction of nature and pure invention. 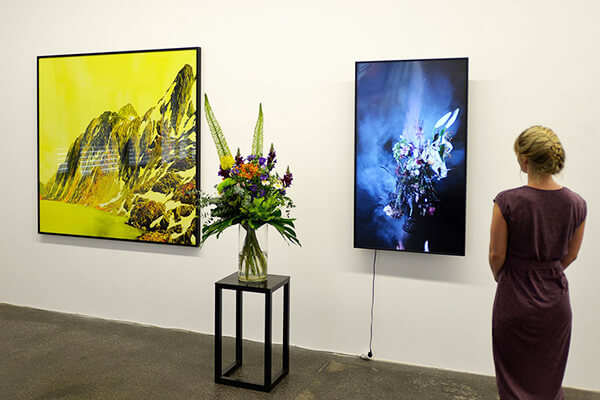 The works, which can be up to eight metres in size, are convincing in their colouring and thus stand out particularly. Violet, petrol, and orange tones contribute to the fictional atmosphere that characterizes the works. The pictures also have an extreme sharpness, which on the other hand again makes the viewing look particularly realistic. The combination of these elements creates a very special atmosphere. The central aspect that the artist couple Fuchs wants to address with this is that the preservation and destruction of nature is being thought about and discussed. 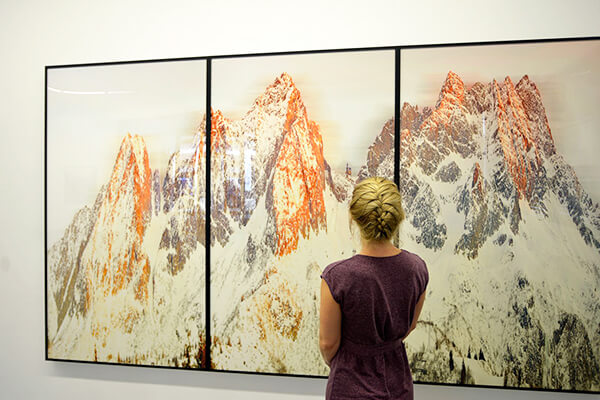 Daniel (*1966) and Geo Fuchs (*1969) are a famous German artist couple. They began their photographic work as early as 1992, a prerequisite for which is an intensive study of the subject, which can last for several years. At the beginning the couple concentrated on the representation of homeless people, transsexuals or mentally ill people. They then worked with a large format camera until 2008, when the couple began experimenting with new techniques in 2009. This is how they came across the robotic camera used for this exhibition. At the heart of every work by Daniel and Geo Fuchs is the confrontation between reality and fiction, which the viewer must also deal with intensively afterwards. 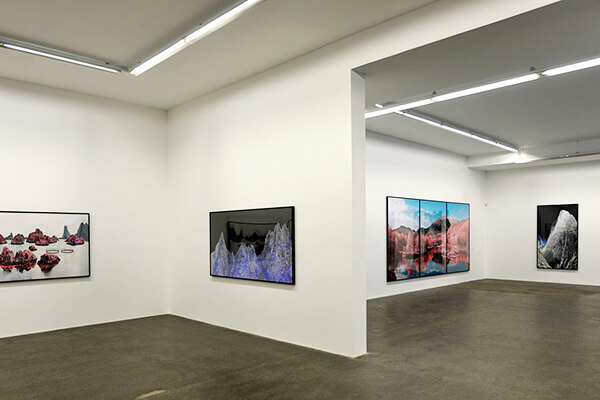 The photo series is presented in Conservo frames by HALBE. In addition to the design aspects, the artists chose HALBE because of the stable construction of the "XL" magnetic frames, which has been thought through down to the smallest detail: for example, the large-format frames have special struts to brace the back wall of the frame - a literally (in)visible advantage when hanging works consisting of several framed pictures to form one large picture without spacing. The quality therefore not only pays off in the framing, but is also clearly and permanently experienced by the viewer in the exhibition and the buyer of the artwork. The profiles used are Alu 18, black matt anodized and rectangular in shape. The particularly noble and simple design of the frames fits ideally into the presented objects and the different and special colourings in the pictures thus come to the fore. Thus the picture frames offer the works an optimal stage.