The precursor of press photography

With the exhibition "Greed for New Images. Flugblatt, Bilderbogen, Comicstrip", the German Historical Museum in Berlin presented a series of images depicting the precursor of press photography until 8 April 2018. Long before the invention of photography, various forms of images were used for communication. Among them were leaflets, picture sheets or comic strips. These representations were used in many ways. For propaganda purposes and news transmission, but also for entertainment. These images were rarely objective, but loaded with a combination of emotions and information. Thus, the field of early visual media forms the cornerstone for today's significance of image-based communication. 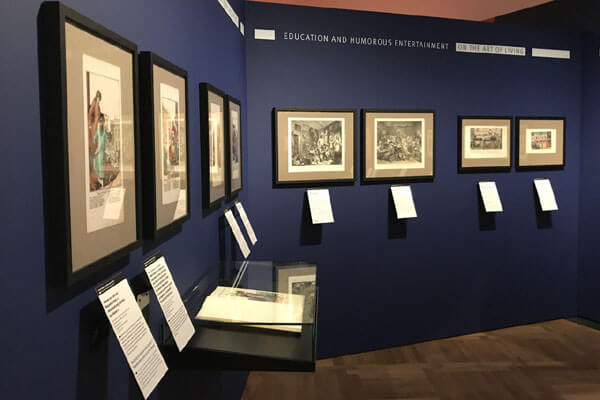 Images as an important means of communication

Early on, images became the most important means of conveying information and emotions. The various forms of pictures enjoyed great popularity not only in cities, but also reached the remotest villages and reported there on politics, science and natural disasters, since only very few people could read. But they also served as entertainment for children and adults alike. In 3 exhibition sections, the German Historical Museum presented a total of 180 prints from 5 centuries.

The pictures are presented in HALBE frames. The plain black frames provide the ideal stage for the diverse graphics, thus highlighting them particularly well. Together with the colourful walls, pictures and frames create a beautiful harmony.