"Where love is illegal"

From 22 June to 2 September 2018, f³ - freiraum für fotografie in Berlin is showing the exhibition "Where love is illegal" by New Zealand photographer Robin Hammond. In keeping with the Pride events, Hammond's photographs address the acceptance/discrimination of lesbian, gay, bisexual, transgender and intersex people, LGBTI for short.

LGBTI acceptance has increased significantly in recent decades. For example, in some countries it is now possible for gay couples to have a registered partnership or to marry. Neutral gender registrations have also become possible. For example, the Federal Constitutional Court in Karlsruhe ruled in November 2017 that a third gender can be entered in the birth register in addition to male and female. Despite all the acceptance and progress, however, there are still 72 states in the world today that prosecute LGBTI people. Fines, but also imprisonment, torture and even the death penalty, are not uncommon in these countries. In general, it can be stated that not only in these countries the tendency towards violence and prejudice against the LGBTI is on the rise again. 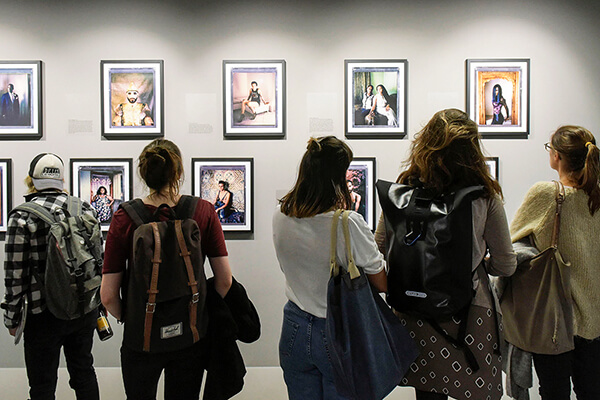 International award-winning photographer Robin Hammond spent several years travelling to countries where discrimination and persecution of LGBTI people is prevalent, photographing lesbian, gay, bisexual, transgender and intersex people. The portraits show people who often have to fight for their own identity in fear. All photographs show the personal history of those depicted and were created in close collaboration between the photographer and the photographed. Thus, the exhibition "Where love is illegal" shows people who regain their identity and dignity through the photographs. But it is not only the portraits themselves that are touching; the technique Hammond used to take the photographs also stands out. Shooting with Polaroid film gives the photos a special aesthetic, and so the portraits demonstrate the photographer's outstanding ability to create thematic and artistic masterpieces. Visitors can admire the exhibition until 2 September and also have the opportunity to attend two accompanying events. On July 17 at 7 p.m., the film "Displaced: Black and Queer" will be shown. On August 28 at 7 p.m., there will be a panel discussion on the topic of "LGBTI worldwide." 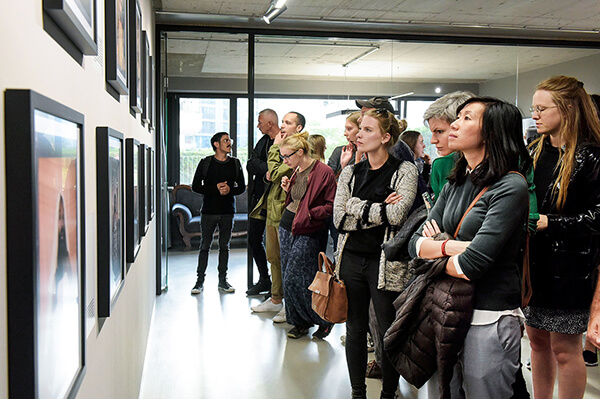 Robin Hammond was born in New Zealand in 1975 and is a member of the Amsterdam agency NOOR. He has dedicated his career to photographic documentation of human rights developments. He has received numerous awards for his projects, including the W. Eugene Smith Fund for Humanistic Photography, the World Press Foto Award, and multiple Amnesty International Awards for Human Rights Journalism. His work ranges in subject matter from climate change, to rape, to LGBTI discrimination. Hammond's projects regularly gain attention in international media outlets, including National Geographic, BBC, The Sunday and many more.

All portraits are presented in HALBE frames. The frames support the expressiveness and aesthetics of the photographs and highlight them without taking centre stage. In this way, portraits and frames merge to form an impressive unit.
Here you can see some more photos of the assembly of the frames: 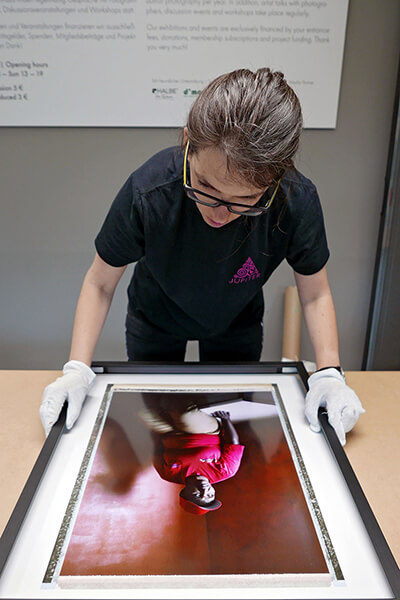 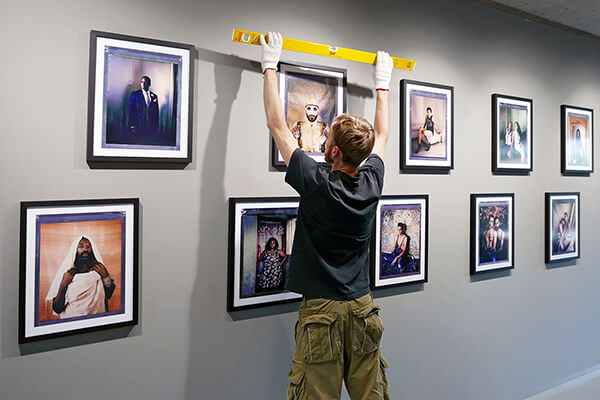