The most important thing when buying a picture frame is that a particular picture fits into the frame. It is not always possible to fit pictures to the frame in terms of size, especially when it comes to older and rare pictures or photos. Therefore, it is important for the buyer to be familiar with the relevant technical terms. With picture frames there are the following different types of dimensions between which you must distinguish

Note the difference between image size and outside size 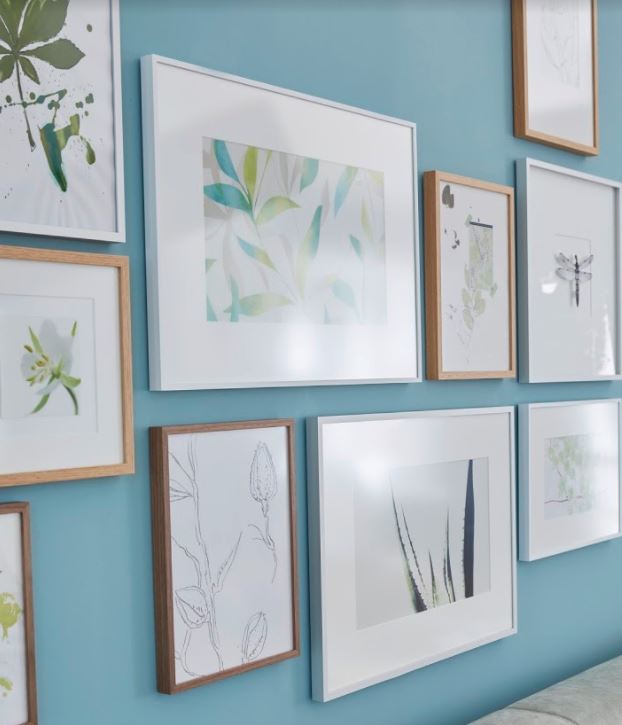 Light dimension: This is what you see of the picture in a picture frame

Despite exact measurements, it is unfortunately impossible to avoid the frame covering at least a small part of the picture. In most cases, the frame has a small protrusion that fixes the picture and creates an aesthetically pleasing transition between the picture and the frame. So, before buying a frame, you need to weigh whether there is something essential to be seen on the edge of the corresponding picture. The section of the picture that can still be seen despite the protrusion is also called the light measure. The term "light measure" refers to the area on which the light can shine unbroken and which can be seen by the viewer from the outside. So the glass dimension or light dimension is the relevant type of dimension that you should pay attention to.

The advantage of such a protrusion is that you do not have to see corners and edges of the corresponding image. Helpful in concealing unsightly sights of this kind, however, are also mounts. Usually made of cardboard, passepartout fills the empty space between the picture and the frame borders and ensures that the back wall of the frame is not visible when the frame is larger than the picture.

Fold measurement: The borders of the picture frame

The rebate dimension indicates the space between the two inner sides of the frame. Usually, one to two millimeters are added to the picture dimension when calculating the rabbet dimension so that you don't have to squeeze your photo or artwork into a frame that is too small.

The distance, on the other hand, indicates a completely different dimension of the picture frame. For example, if you want to frame not only thin photos and pictures, but also medals or other memorabilia or awards, the distance between the background and the glass pane is crucial. This value informs you what circumference or depth an object may have in order to fit into the frame.

In the case of so-called distance or object frames, you should ensure that there is sufficient distance between the glass and the background so that the desired object has enough space in the frame. With a Distance frame, the insertion depth is very small. Instead, the distance between the background cardboard and the glass is significantly greater than with classic picture frames: five, ten or twenty millimetres are available to choose from with the Distance frames from HALBE.

Experts, on the other hand, take a closer look at the rebate depth. This describes the difference between the space available for a picture and what can ultimately be seen of the picture.

Good luck with measuring and selecting the optimal picture frame!