Our frames can be used for many different purposes. Therefore we offer not only the most different frames, but also the suitable accessories for all cases. With passepartouts we basically differentiate between two types: The simple passepartout and the folding passepartout. Which one is right for you depends primarily on your needs.

What is a Passepartout?

Simply put, a passepartout is a cardboard that is cut out in the middle and placed in a picture frame between the picture and the glass. This creates an additional frame around the picture, so to speak, which gives the content space to take effect. High-quality passepartouts have a diagonal cut, which increases the depth effect of the picture and refines the picture as a whole.

In general, a passepartout emphasizes the effect of a picture and presents it in its best light. With a classic passepartout, you have two options for mounting: You can either attach your picture to the back of the passepartout with adhesive tape, or directly to the basic element of the frame and then place the passepartout over it. The passepartout usually covers a small part of the edge of the picture. 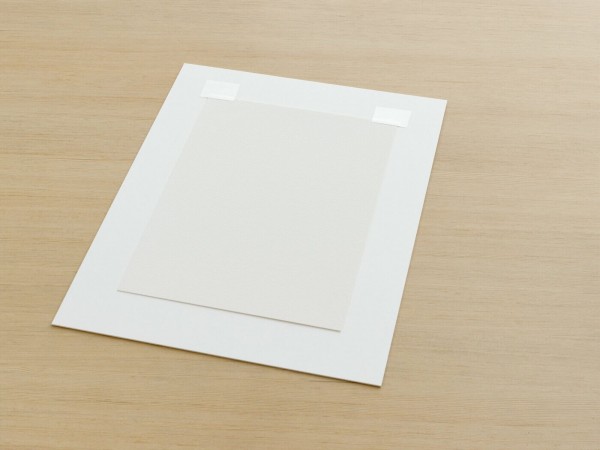 In some cases, however, the edge of the motif should remain exposed. This can be the case if the image has a special edge (e.g. a torn edge), or if the signature should remain visible under a photo. This is where a folding passepartout comes into play. It consists of a background cardboard on which the image can be attached and the actual passepartout that is folded over it. This way the image lies between the two layers like it would in an album.

As with a classic passepartout, you can select the cut-out with millimeter precision when ordering. To keep the edge exposed, simply select a slightly larger section for the fold-out passepartout than that of the picture sheet format. 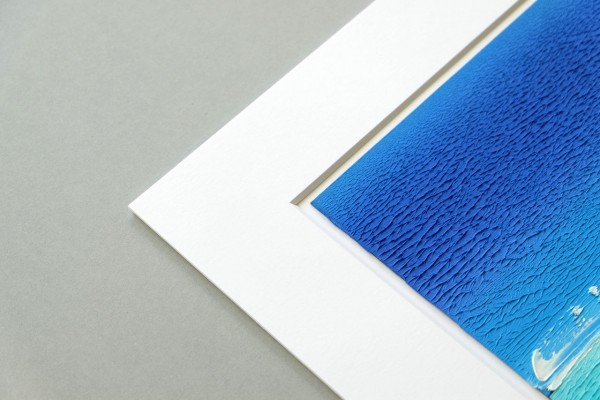 Foldable mounts are also particularly suitable if you frequently remove the pictures from the frame and want to store them. This way, the picture is always protected from both sides and does not have to be detached from the background cardboard. That is why folding mounts are also perfect for professional storage in archival boxes!

Even more detailed knowledge about different ways of mounting a picture in frames and passepartouts can be found here at halbe.de!