Sonja Hamad's solo exhibition "Jin - Jiyan - Azadi" Women, Life, Freedom can be admired by visitors in Berlin from 18 August to 07 September 2018. The exhibition is curated by Min-young Jeon. The exhibition includes 26 photographs and a sound installation with chants of the female fighters. The photos were taken in 2015 and 2016 in northern Syria and northern Iraq. There, Sonja Hamad, who is herself of Kurdish descent, accompanied women who joined the freedom struggle of the guerrilla fighters and the women's defense units for several weeks. These women went to fight with their male comrades against the tyranny of the IS. In 2015, they managed to retake the IS-occupied city of Kobane. 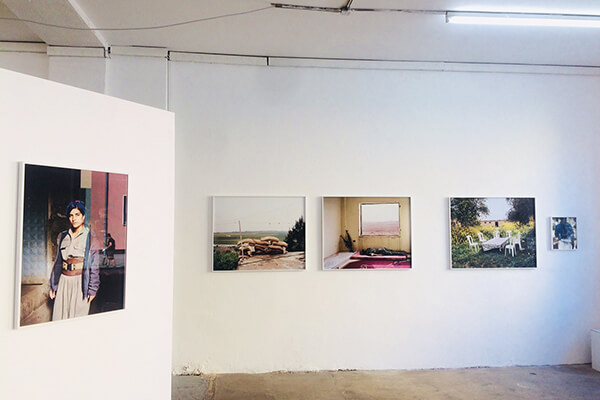 "The land cannot be free when women are not free"

The photographs on display show portraits of the women, as well as landscape and detail shots. What is special about viewing the photographs is that they have a narrative-documentary value and focus on the moment. This creates a very special viewing experience. Through the striking portraits of the young women, the viewer is able to witness the events and experiences and immerse themselves in the world of the fighters. The landscape photographs, on the other hand, depict crime scenes that have already received a great deal of attention through the media. For example, they show scenes caused by the IS terror regime. In the detail shots, the femininity of the female fighters, revealed through the adornment of their uniforms, is particularly in focus.

Sonja Hamad was born in 1986 to Kurdish Yazidi parents in Syria. She came to Germany with her family at the age of three. After working as a creative assistant for an advertising photographer for two years, she began studying photography in Berlin. She successfully completed this with the project "Wenn's drauf ankommt" ("When it counts"). In 2013 she then started the project "Jin - Jiyan - Azadi" Women, Life, Freedom, with which the documentary photographer took a very political direction. Sonja Hamad lives and works in Berlin. 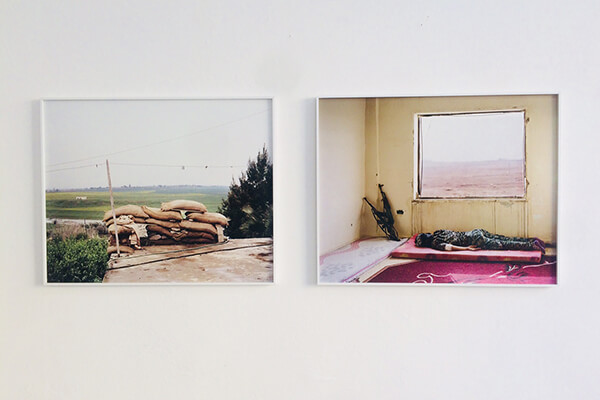 The photographs are presented in HALBE frames. Since the narrative and emotional value of the photographs is in the foreground, the picture frames optimally support the effect without themselves coming to the fore. In this way, the photograph and the frame become an impressive unit that has a special effect on the viewer. The frames are white Distance magnetic frame with 10 mm distance to the anti-reflective museum glass Mirogard, in the dimensions 550 x 700 mm as well as 800 x 1000 mm.

The exhibition at Wassertorstraße 62 in 10969 Berlin is open until September 7th. Opening hours are Wednesday to Saturday from 11 am to 6 pm, and by appointment. The exhibition is made possible by the support of the Zukunftsstiftung Mensch und Gesellschaft of the GLS-Treuhand.